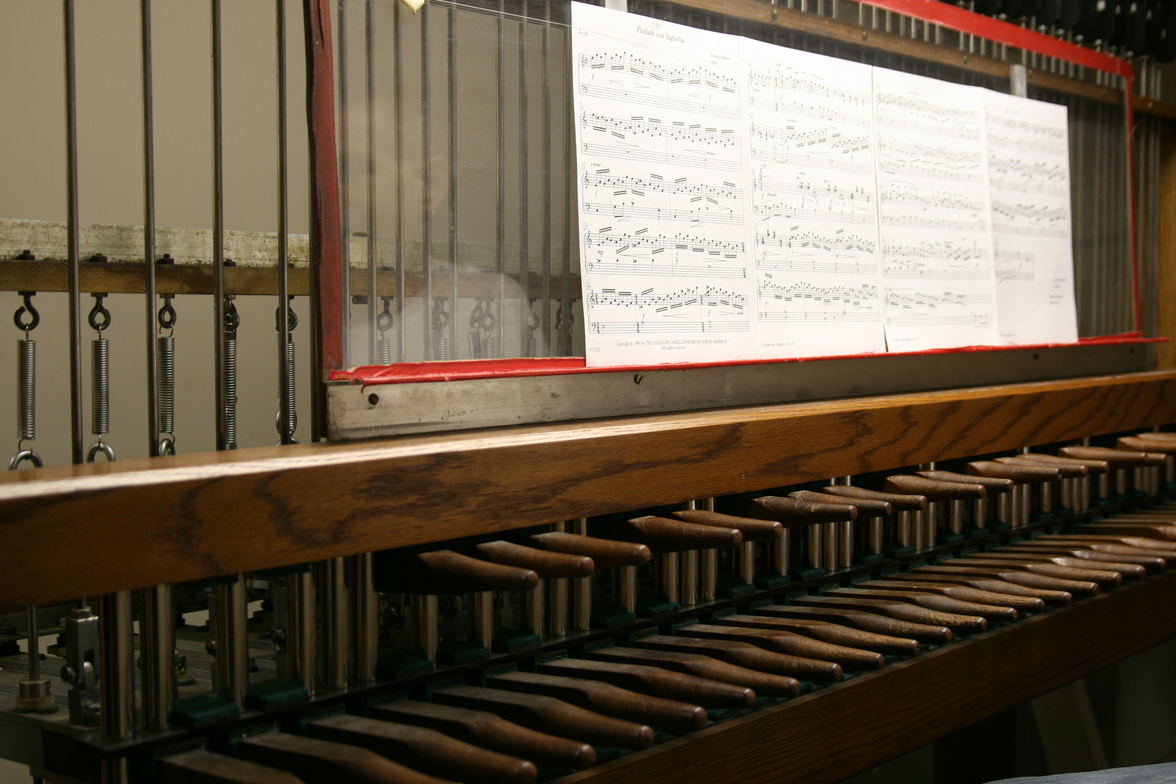 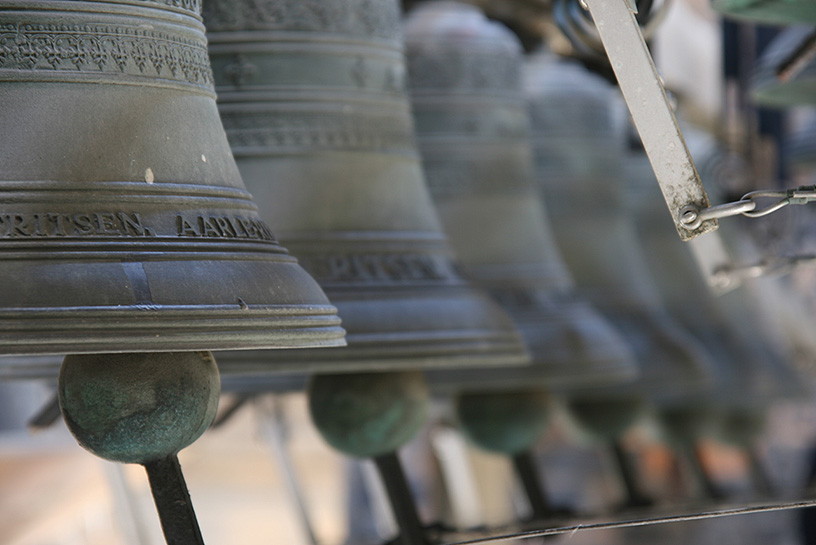 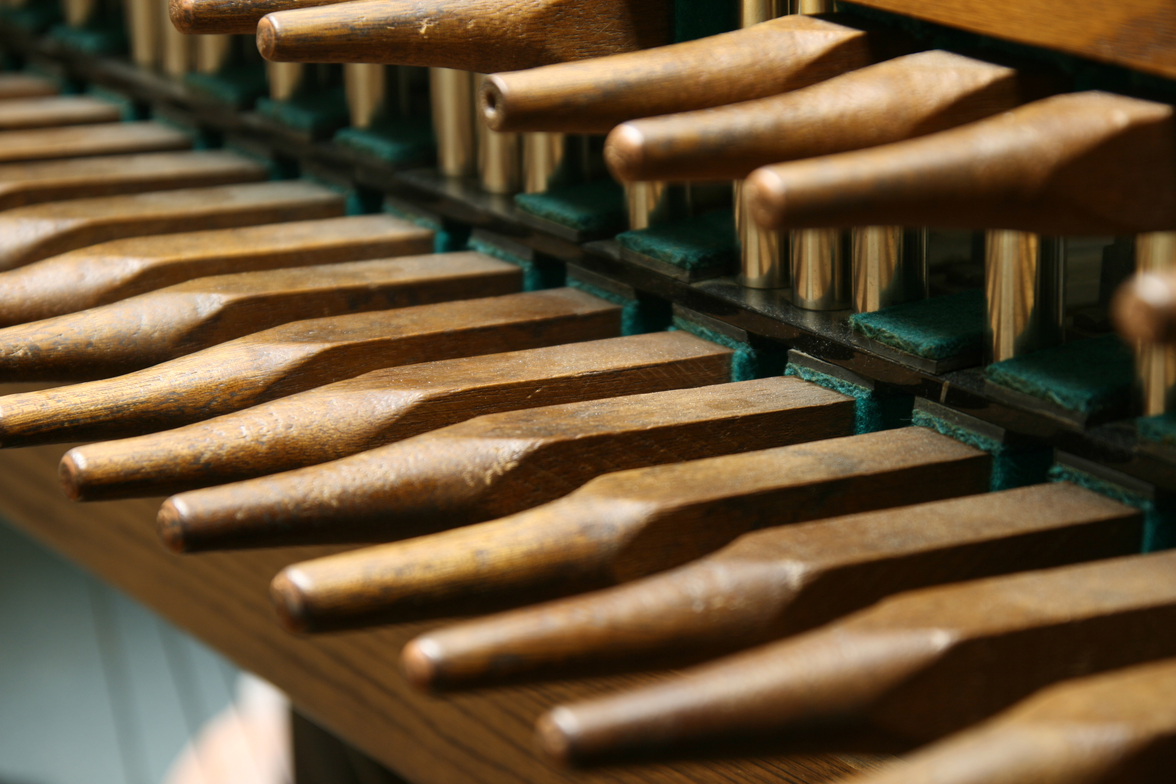 A carillon is a musical instrument of tuned bells played from a keyboard. The 54 cast-bronze bells of Metropolitan's carillon are hung high in the belltower, which was constructed in 1872, overlooking Queen Street. The bells are mechanically connected to a keyboard, found in an insulated cabin just below the bells.

The carillonneur plays the keys and pedals of the keyboard with hands and feet, and can express dynamics through variation in touch. The bells are tuned so that they sound harmoniously together, whether played several at once, or one after another to produce a melody. A broad range of music can be played on the carillon, from arrangements of sacred, classical and popular music to original works composed specifically for the carillon.
Metropolitan's carillon was installed in 1922, making it the first well-tuned carillon anywhere in North America. The original 23 bells were donated by Chester Massey, in memory of his wife, Margaret. Smaller bells were added to the carillon during the 1960s and 1970s, bringing the current total up to 54. The original keyboard from 1922 has been preserved and is on display at the base of the tower.
The carillon's original 23 bells each bear the inscription: “May the spirit of the Lord reach the heart of every one where the sound of these bells is heard.” For nearly 100 years, passersby have heard the carillon ring out before each Sunday service, occasionally during the week, and on special occasions such as weddings.