Toronto, November 2 – The best of Broadway comes to downtown Toronto and beyond for one night only, Friday, November 12th at 8 p.m., in the new musical revue All Together Now!: A Global Event Celebrating Local Theatre.

Music Theatre International has invited theatre-producing companies around the world to stage celebrations of songs from their catalogue of musicals for one weekend in November. Metropolitan’s November 12thproduction will feature a thirteen-piece band and a dozen singers from the Toronto music scene who will interpret songs from MTI musicals including Annie, Charlie and the Chocolate Factory, Guys and Dolls, Hairspray, Into the Woods, Mamma Mia!, My Fair Lady, Rent, Sister Act, and more.

Five broadcast-quality cameras, including a 360-degree “eye in the sky” perched 30 feet above the stage (Image A), are part of a new state-of-the-art system at Metropolitan United Church that will deliver an intimate “Broadway at home” experience for the livestream event. The in-person audience at 56 Queen Street East will be rocked by theatre-quality sound from a custom designed new sound system, and treated to special lighting accentuating the beauty of Met’s historic sanctuary.

Audience safety remains paramount with the venue at one-third of capacity (250 maximum) and a provincial vaccine passport screening policy in effect. Ventilation upgrades have increased air flow in the massive sanctuary to keep the fresh air coming in for better air quality and the preservation of Canada’s largest pipe organ (which will be featured in ABBA’s “Take A Chance on Me” and “Seasons of Love” from Rent).

Whether experienced in person or online, November 12th is sure to be a memorable evening as the thrill of live music brings theatre lovers back, All Together Now!

About Metropolitan United ChurchMetropolitan United Church is in the heart of Toronto, welcoming a diverse congregation drawn from across the city. A 200-year history is complemented by a progressive vision of the future. Home to the largest pipe organ in Canada, it maintains an esteemed music program and is also recognized for a breadth of outreach initiatives serving the downtown community. The facility is on the TTC’s Line 1, just east of the Queen Street subway station, and is wheelchair accessible. 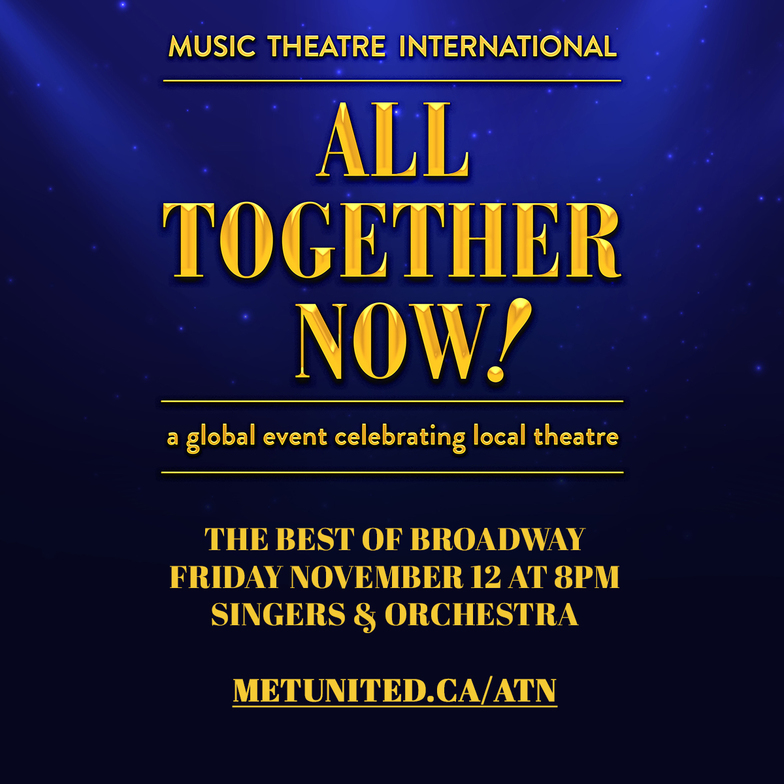